Playing Side by side Video ( SBS) in 3D on Zspace Notebook

Yes!
You can use PotPlayer.
https://potplayer.daum.net/
It can play most formats and even accepts Youtube video URLs.
(Dont worry about their downloads only specifying windows xp through 8.1, it works just fine on 10.)

Here are a couple quick screen captures walking through how to configure stereo.

Set SBS or TAB depending on your input video. 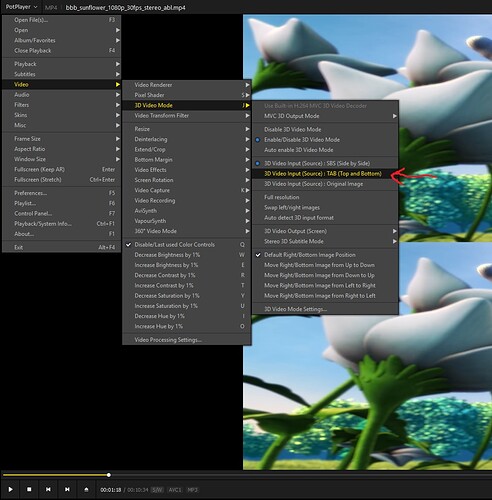 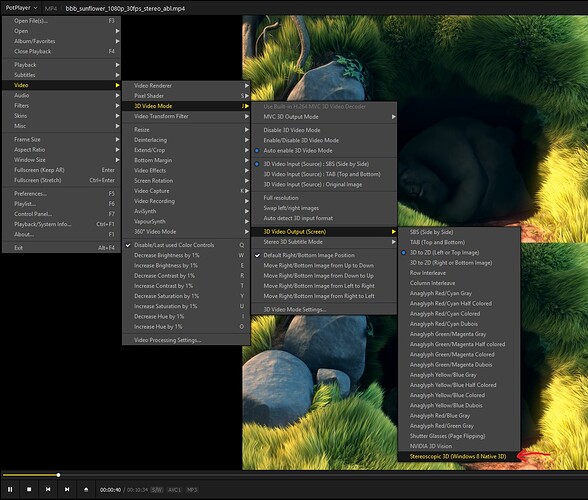 Set Full Resolution, since it starts out squished in one direction or another otherwise. 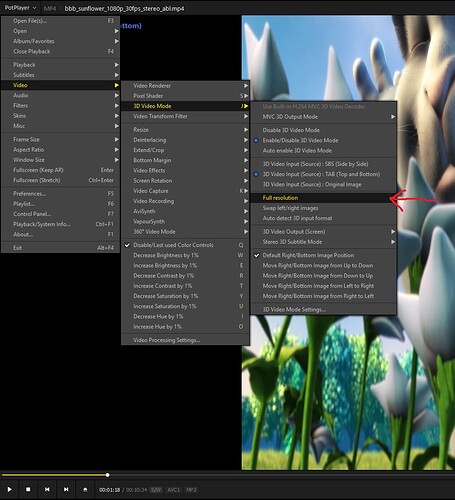 Thanks for info and were able to download Potplayer and try it out. Seems to do conversion from 2D to 3D. Have to play around with aspect ratio and hiding of control menu of the app to be able to display video in full screen.

We are looking to develop an app which can play existing SBS video’s on zspace and show it in 3D. Not sure if there will be any library which is available which can used in our APP.

We don’t have have an API that focuses on playing video. Implementing your own player would likely come down to finding a pre-exising video library and modifying it to draw the two halves to separate buffers. zSpace simply uses AMD’s quad-buffer technology to generate a stereo image. There’s nothing special about zSpace hardware in regard to video since head and stylus tracking would play no role in drawing it.

If you’re looking for information about how to draw stereo in general on zSpace, then our Native SDK has simple demos that draw 3d cubes in both OpenGL and DirectX.
You can find the SDK on our downloads page.

Aside from the 3D demos available in our SDK, the OpenGL and DirectX developer communities might be better venues to discover information regarding stereo video playback.